TexasBob noted that "Is it possible to have any economic freedom in a theocratic state?," or something to that effect. That's a loaded question. I understand what he is getting at, but the phrasing of the question is where I take issue.

1) First, I don't like the phrase "theocratic state." When people talk of the state, they usually have the modern monopolist-territorial taxation machine in mind (Hoppe's definition). Most theocrats (I don't even think I am one, but that is beside the point) are actually against such a state.

2) Anyway, TB's point assumes a statist outlook. He is assuming a top-down structure. Again, most theocrats have opposed that outlook. Given a theonomic model, the govt would only be financed by 10-13% of the people's income. The modern state is financed by 40-70% of the income. Simply stated, it is hard to start pogroms without a large bank account (which a theocratic state wouldn't have). A theonomic model would be a loose confederation of independent commonwealths.

3) Why haven't theonomists responded to Douglass North? I don't know. Probably because most theonomists are dead by now. And to the living ones (Gentry), they are responding to challenges that are not economical in nature. But North is an economist. Surely he could do it. Yes, he could. I don't know why he doesn't. I think with the election coming up, crash of the dollar, and rise of a statist govt, he has other things on his plate.

TB, I appreciate your questions. I don't know if I will pursue this line of thought in the near future (might come back to it). I don't really consider myself a theonomo-theocrat, so I won't spend much time defending them.
Posted by J. B. Aitken at 6:52 AM No comments:

I know, the title is misleading, given Marxism's inherent atheism. Being said, Marxist historians are more faithful interpreters of Oliver Cromwell and political Puritanism than modern day Reformed historians.

Interspersed are comments from Lester de Koster's outstanding study on the social elements of Calvin's preaching, of which Cromwell was the best applier.

"Cromwell saw the Christian life as a City-fying this-worldly fruit of God's word preached. He saw a Christianity active in the streets, normative in the halls of decision, citizens compelled, propelled, impelled by the Spirit and inspired language" (21).

More light must be shed on de Koster's thesis. De Koster maintains that the preaching of the Word liberates people. Rather than waiting for "heaven" these liberated people invade the "intererim." The intererim is the space between earth and eternity or more precisely, it is the earthly perspective of eternity. They are, in other words, to build The City. The city is the focal point between the Churchc adn the Kingdom of God. Or, better put, it is the fruit of the Church's harvest. The Church harvests the Kingdom of God and the result is the City. It is the throne of Christ's Kingdom on earth. The City is the focus of the most influential world power in the history of Civilization: Christendom.

German historian Oswald Spengler says in Decline of the West, "While the Lutheran movement advanced leaderless in central Europe, Calvin viewed his rule in Geneva as the starting-point of a systematic subjugation of the world under a Protestantism unfalteringly thought to its logical conclusion. Therefore, he, and he alone became a world power."

So back to Marxism. Why are Marxists so interested in Calvinistic Christianity, of which capitalism is an obvious corollary? First of all, Marxism, like political Puritanism, was a unified worldview. It made no divorce between faith and works, religion and politics. Even though perverted, it understood that law was inescapably religious.

Moreover, Cromwell's Commonwealth was the closest thing to an "ideal moral order" ever realized on earth. 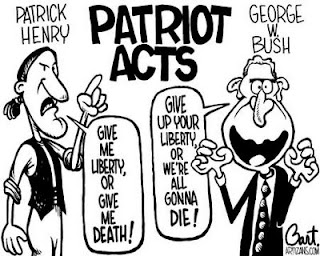 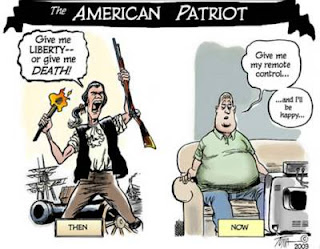